My Favourite Acting Performances so far in 2012


Almost half the year is over and we have seen some very fine movies being released. Directors like Tigmanshu Dhulia, Dibakar Banerjee and Anurag Kashyap, making sure that we are not forced to watch mindless movies. There have been some very fine performances by some very fine actors and here I am listing three of my favourites. There are my best actor nominees for the first half of 2012.

Irrfan in and as Paan Singh Tomar 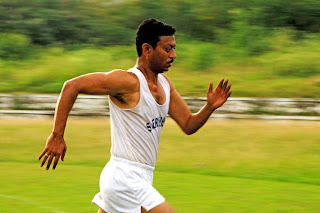 Irrfan is undoubtedly one of the finest actors Hindi film industry has got and in Paan Singh Tomar he plays the title role of the national record holder athlete who turns rebel to protect his family when authorities fail to take any action. He becomes an athletes because there was no limitations on amount of food he could eat. He chooses steeplechase over 5000 meters race because his coach wanted someone else to with 5000 meters race. He becomes a rebel because his cousin beats his son and his mother. He chose to be interviewed because he did not want to be considered as a brutal murderer rather he considered himself to be known as a rebel with a cause. He does not surrender because he believes in always finishing the race, no matter what. His only regret in life is that when he was an international athlete nobody cared for him and when he became a rebel everyone was talking about him. 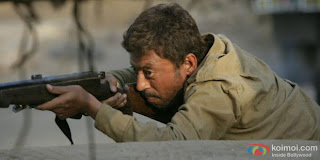 Irrfan is so convincing that at no point you stop rooting for him whether he is running for the country in a race or chasing his evil cousin or running from the police. You always want him to win and that is the power of Irrfan's talent as an actor. He brings Paan Singh Tomar back alive and tells his story as if he himself is telling his own story. He looks the part, he speaks the language and he expresses the pain perfectly. 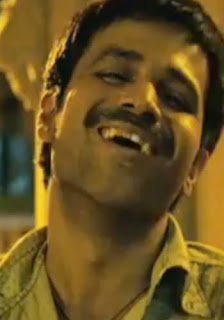 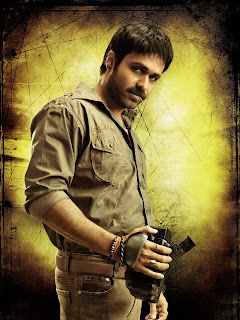 He works in a photo studio and earns his living by making illegal porn videos however his disinterest is evident. He knows it is dirty and stops the girl whom he considers his dreamgirl from sitting on the same bed where he shoots his dirty pictures. He has lived a life of anonymity and loves the attention whenever he thinks he has done something worth showing off like when he gets the foreigner girl to sit on the backseat of his scooter. He abandoned his family to save his life and in an attempt of correct that he endangers his life to recover the proof that could help identify the real conspirators behind the killing of the social activist. Emraan Hashmi as Jogi Parmar has clearly proved that kissing is not his only talent.

Manoj Bajpayee in Gangs of Wasseypur as Sardar Khan 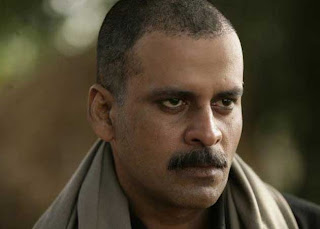 Sardar Khan in Gangs of Wasseypur is personification of pure evil. There is not a single quality in him. He enjoys killing people and justifies it in the name of revenge. He cheats on his wife and justifies it by citing a convenient interpretation of religion. He is scared of his wife because he knows he is bad. 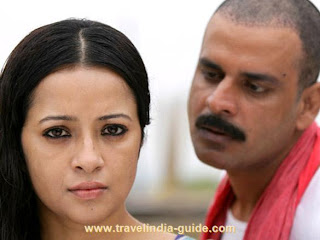 Manoj Bajpayee brings back the memories of Bhikhu Mhatre, who bowled us over. He is in top form in GoW and is having fun playing the evil protagonist. Be it casually killing someone without showing any emotion or flirting with his women or panicking when his son it hit by a bullet or showing his contempt while publicly challenging his powerful enemy or trying to spot his attackers after being hit by multiple bullets, he does everything to perfection.

I have only seen the trailers of Gang of Wasseypur 2 but I am expecting that I will have to add one more name to this list after watching that and that would be of Nawazuddin Siddique. He is one fine actor.
Posted by Gaurav Tiwari at 10:57 PM

Email ThisBlogThis!Share to TwitterShare to FacebookShare to Pinterest
Labels: Movies